Field Notes / And now for something completely different

And now for something completely different

I quit my executive job to work for myself. Here’s how I’m going to do it.

I used to be a game-show host.

I wasn’t on Jeopardy or Match Game or Family Feud or anything like that. Or even those late-night, second-string shows no one watches except widows who can’t sleep. It was much, much less sexy.

I hosted game shows for corporate Christmas parties when I was 21.

Here’s how it worked: a rotating cast of DJs and emcees (myself included) would travel around to small towns hosting a trivia game called “Face the Music” for employees of local credit unions, car dealerships, dental offices — anyone who would pay.

The contestants — i.e., the small-town employees and their plus-ones — were shy at first, but our job was to open them up like buck-a-shuck oysters. All it took was funny team names, booze, and bonus points for wild and crazy behavior. By the end of the night, we’d have every Tom, Dick, and Kathy dancing on the tables and piggybacking around the hall to “Save a Horse, Ride a Cowboy”. 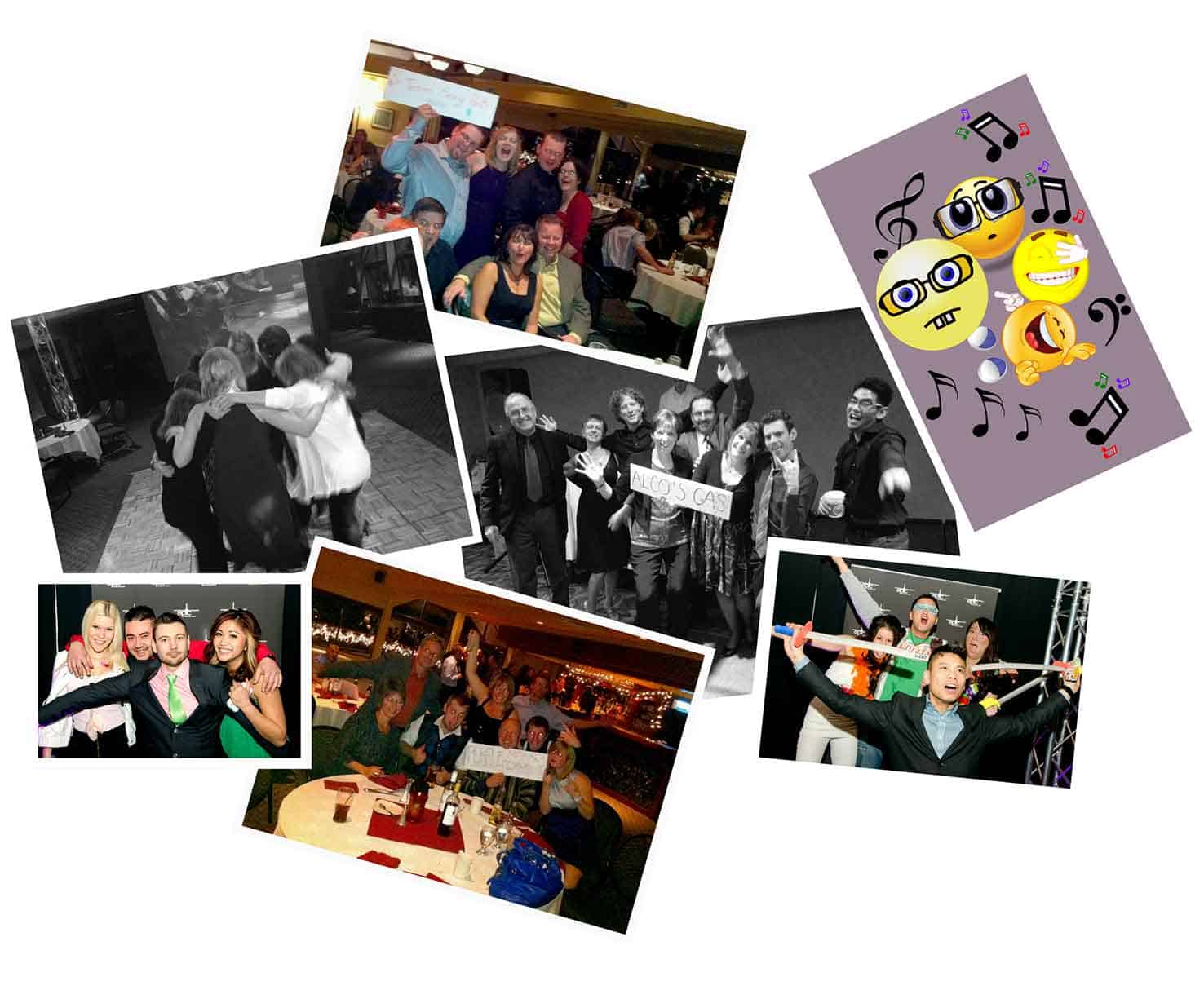 That was, without a doubt, the best job I’ve ever had.

Then I got a “real” career.

I worked my ass off.

I moved to Toronto. I got promoted. I climbed the corporate ladder.

Then, I got married. I traveled the world. I bought a house. I had a kid.

And that brings us to today.

At this point, I’m by all accounts a successful exec with a gig a million people would kill for. So…

Why am I quitting my job?

>> Self-awareness. I didn’t enjoy certain parts about being a VP, and, frankly, I wasn’t world-class at them. Budgeting, team building, people management. Some leaders love that stuff, but to me it’s boring or feels like adult babysitting. I want to focus on what I’m best at.

>> Course correction. I’ve worked for great companies and haven’t been unhappy, but I’ve strayed from the industries I’m most passionate about, namely media, writing, and entertainment. Time to course correct.

>> Inertia is deadly. Like most people, I’m guilty of getting complacent. Professional cruise control = being stuck in a routine that’s not getting you anywhere. I’m also guilty of saying “I’ll quit after the next pay check or bonus or vesting period” but it never happens. ¡Basta!

>> Exchanging time for money doesn’t scale. I’d rather focus on generating passive income and recurring revenue than clocking in and out for OTE. As Naval says, ownership is the only way to build true wealth.

>> My idols are creators. If there are patterns among the people you look up to, maybe it’s a good idea to follow in their footsteps.

>> Perspective. Having a kid made me realize two things: 1) Kids are the best, and 2) Time is precious. My current routine: work 8am to 5pm, kid time until 7pm, errands and chores until 8pm or 9pm, and finally an hour with my wife until she heads to bed. Then maybe I’ve got 2-3 hours to myself. And even if I could maximize those hours on side hustles, it’s not nearly enough to make significant progress. Since I only truly enjoyed 2-3 hours of my work day, something had to change.

>> DNA. My grandfather had a steady job on the Canadian Pacific Railway before he gave it up to become a farmer. My dad made big bucks on the oil patch but quit to start his own bar. Seems like there’s something in the blood where we Hennigs have to break away and swing for the fences.

All of that can be summed up by a thousand “life is short” clichés. But it’s true. Time to focus on happiness.

I’m going to spend half of my time being a “generous expert” and the other half being a “curious novice”.

>> Curious novice consists of documenting my journey to become a full-time creator. I’ll build projects in public and experiment with all types of media, from blogging and newsletters to podcasting, social, and NFTs.

The split won’t always be 50/50, especially at the start. Consulting will dominate to begin with, but as passive income snowballs, I’ll be able to lean into creator work. At least, that’s the idea.

What are my goals?

Goals. Right. Those are important.

Long-term (5-10 years): Achieve 7-figure income from creator work like writing and producing. Able to cross off the things on my bucket list.

Medium-term (2-5 years): Build a moat of passive income from multiple sources so all eggs aren’t in one basket. Time is 100% creator work.

How am I going to achieve those goals?

So. How am I going to do it? Answer: In three phases.

Phase I is about being able to pay the bills and keep up with my current lifestyle without dipping into savings. I’ll do that through consulting projects and scaling affiliate revenue.

>> Affiliate marketing (10% of time). Currently earning $4k per month from affiliates with relatively little effort. Aiming to double that.

>> Creator work (10% of time). Creator time in phase one will be limited to documenting my leap into solopreneurship. I’ll have no time to launch new creator projects, but I will focus on promoting existing projects, specifically my kids’ books and my series HOW TO BE VP, which showcases everything I’ve learned in 10 years as an executive. I’ll do that through non-paid channels like SEO and TikTok. (Yes I’m a TikToker now, shut up.)

Phase II is about transitioning. As affiliate and creator income grows, I’ll be able to pull back from consulting until it’s less than half my time.

Phase III is about getting to a point where I no longer need to consult and can rely 100% on affiliate and creator income. At this point I would be spending most of my time on books, producing, media projects, etc.

Of course it’s outrageous to plan this far out, but in the words of Eisenhower: “Plans are useless; planning is everything.”

The good news? I have a head start.

Let’s be honest. I have a wife who’s going back to school, a toddler who outgrows clothes daily, and another baby on the way — plus a 100-year-old house with a leaky basement. I wasn’t going to quit without some security.

Tl;dr – I’ve got a good head start that includes the following:

>> I’ll be selling some shares to pay for the basement renos, so that shouldn’t eat into savings. Fingers crossed.

So even though it’s a big scary change, it’s not too big or scary.

I realize I’m incredibly fortunate to have the support of my family and the savings to do this. Will it be hard? Hell yeah. But I’ve removed as much fear as possible so I can give myself a good shot.

The next 6 months will be the “primordial soup” stage of this whole thing.

I expect to be head down executing, so you might not hear much in terms of updates for a while. I’ll try to publish monthly check-ins but no promises.

In the meantime, the best place to follow along is Twitter, where I’ll be posting daily deets and comments. No idea if anyone will care but it’s a good way to stay disciplined. Follow me there.

I’ll leave you with one of my favorite quotes, which I’ve been using to explain why I’m embarking on this mad journey. Maybe you’ll identify.

“Life is more about motion than direction. Imagine you’re on a beach and you want to get to a fantasy island where all your dreams come true. Problem is, you can’t see the island. It’s foggy. You’ve got to get in a boat and start paddling. As you go, you’ll realize where it is. It’s much easier to move a boat when you have momentum. You’ll put your paddle in the water and turn toward the island.” -Shaan Puri

Welcome aboard the boat. The sea is calm, the wind is good. Let’s paddle.

Devon Hennig is a writer, marketer, and ex-game show host. He quit his job as a software executive to make a go of it on his own. Follow along as he tries not to go broke.